Fun. Frontman Nate Ruess Is To Receive A Special Prize At The Songwriters Hall Of Fame Awards In June (15). 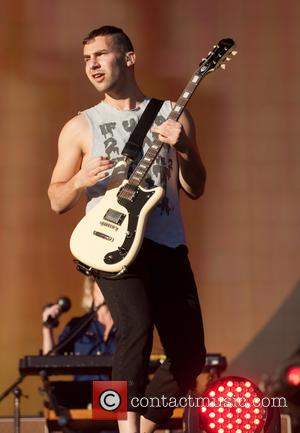 The We Are Young hitmaker will be presented with the Hal David Starlight Award, which recognises excellence in young songwriters, at the 46th Annual Induction and Awards Dinner at the Marriott Marquis Hotel in New York City.

The award was created in 2004 in honour of former Songwriters Hall of Fame chairman Hal David, who died in 2012.

The organisation's president Linda Moran tells Billboard.com, "I believe that Hal David would have been delighted with the choice of Nate Ruess as the 2015 Hal David Starlight Award recipient. Nate's lyrics are clever, warm and accessible and his music is sophisticated and memorable... Nate Ruess is a real force in pop music for today and the future."