Natasha Hamilton held back tears as she appeared on Friday’s edition of ‘This Morning’, to reveal how her teenaged son had been targeted due to her cruel ‘4x4 mum’ nickname. Hamilton was given the label by internet trolls, because she has four children by four different fathers. 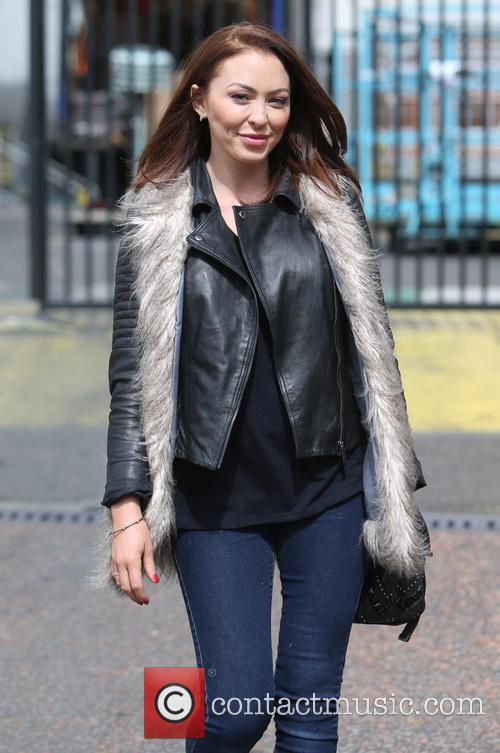 Natasha Hamilton has said her son was target because of her ‘4x4’ mum nickname.

“Cruel comments are tough for me to read, but now it is trickling down and children are on social media, they read magazine, they read the comments,” Hamilton said. “Only two days ago my eldest son (Josh, 13) was set on by a school bus and was held down and was being shouted at, and they were saying your mum is a 4x4 and stuff like that and it just breaks my heart.”

“He was so upset and not because of the comments, because funnily enough he makes me strong. He’s the one who said to me, ‘Mum why does it bother you? Because we love you, we know you.’”

Josh’s father is Hamilton’s former boyfriend Fran Cosgrave and she has son Harry with dancer Gavin Hatcher, Alfie from her marriage to Riad Erraji and daughter Ellie with Ritchie Neville, whom she recently split from.

“I refuse to let that tag define me, I have been successful in my own right since I was 16, I have worked hard, I have put food on the table and I have supported all my children,” she continued.

“It really makes me angry that people get so upset that I have had four children. Yeah I have. And what would my life be without them? It would be absolutely rubbish – they enrich my life all the time.”

Hamilton went on to say that these kind of comments are only directed towards women, saying that her ex Ritchie Neville never got similar abuse directed towards him. Hamilton finished by pleaded with trolls to stop. “Everyone is entitled to their opinions but be mindful, derogatory terms are not nice and not funny,” she added. “And it does impact on not just me but the children.”