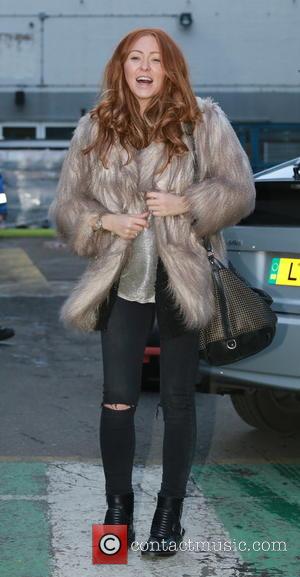 The Atomic Kitten star welcomed a girl, her first child with fellow pop veteran Ritchie Neville, in September (14), and she has now opened up about the difficulties she faced while she was expecting.

Hamilton, who has three other children from previous relationships, has suffered post-natal depression in the past, but was stunned to be diagnosed with a similar condition called pre-natal depression before she gave birth to her daughter.

In a blog post for Baby.co.uk, she writes, "One of my biggest worries during my pregnancy was that I would end up with Pnd (post-natal depression) again. My fourth pregnancy was probably the toughest one yet... I started getting panic attacks, something I'd never experienced before. They were horrendous... My pregnancy became in all honesty, a bit of a nightmare...

"With the help of my partner we went to the doctors who talked with me and I found out I was experiencing pre-natal depression. I didn't even know this existed. I was referred to the mental health team who helped me get through the following months with counselling."