Natalie Portman's Had Telepathy With Aronofsky 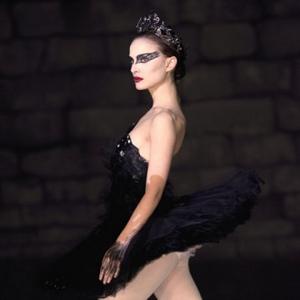 Natalie Portman had a "telepathic" connection with Darren Aronofsky on the set of 'Black Swan'.

The 29-year-old actress - who stars as a psychologically-troubled ballet dancer in the dark thriller - found working with Darren "phenomenal" because they both had the same "military" approach to their work which they could convey without speaking.

She told BANG Showbiz: "Darren is a really, really exacting director. He's phenomenal. It was really wonderful to get to watch him work. Because we were the only ones who were there every day.

"We had early recognition that we were equally military about our approach to work - we are both really focused and disciplined, and alert. It was really a quick connection between us. Almost telepathic."

Natalie - who is currently pregnant with choreographer Benjamin Milipied, who she met on the set of the film - admits the content of the film may be shocking, but many ballet dancers have attested to its truthfulness.

She said: "We have had some really wonderful responses from ballet dancers verifying the details of the film.

"It's fiction. However, I think a lot of the details are mined from true stories. I read autobiographies of many dancers from sort of the New York City ballet and that's where I got a lot of my ideas from. There's some stuff that people might not want to admit is true but a lot of it is deeply darkly true."

'Black Swan' is released in UK cinemas on January 21.