Natalie Portman has been named as the new face of Parfums Christian Dior, which is the first time she has represented a fragrance and cosmetics brand. 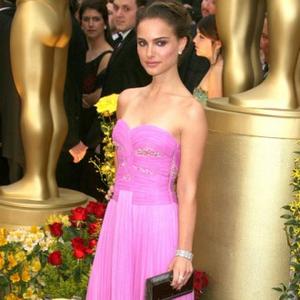 Natalie Portman has been named as the new face of Parfums Christian Dior.

The stunning actress signed a deal with the French fashion house to front a new campaign - the first time she has represented a fragrance and cosmetics brand.

Claude Martinez, president and chief executive officer of Parfums Christian Dior, said: "We are extremely excited to have Miss Portman embody our house. She will symbolise with grace the values of luxury and the glamour of Dior."

It is not yet known which project Natalie - who follows in the footsteps of Sharon Stone, Charlize Theron, Jude Law and Monica Bellucci - will be involved in.

Despite her striking beauty, Natalie recently admitted she is concerned about losing her looks after seeing so many ageing actresses struggle.

The 28-year-old star said: "You see people who were stars five years ago and already they're waning. As actresses approach 40, it starts becoming really, really difficult."

However, the 'Closer' actress said she didn't think she would surgically alter her appearance to look younger.

When asked if she'd have cosmetic surgery in future, she said: "I would hope not."