Natalie Portman is concerned cinemagoers may get bored of seeing her face in movies by the end of 2011. 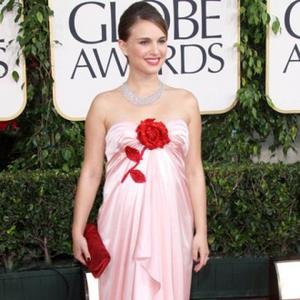 Natalie Portman is worried people will get bored of her face because she is in so many new movies.

The brunette beauty - who won a Golden Globe last weekend for her performance in Darren Aronofsky's psychological ballet movie 'Black Swan' - is worried people will feel they have seen too much of her by the end of 2011 because she will be in a number of films.

She said: "I did 'Your Highness' and then 'Black Swan' and then 'Thor' and then 'No Strings'. So it was really interesting. I feel bad for boring people with my face for a while."

However, the 29-year-old actress has a reason for doing it - she is concerned the end of the world is coming in 2012.

She joked to Collider.com: "You have heard that the apocalypse is coming, right? 2012. The Mayan calendar. I thought that I would get it all in right before. It was a great opportunity to get to do a lot of different things in a year.

"I feel like I learned so much from doing all these different types of movies, and back-to-back, because you bring the research and the seriousness and the discipline of doing a drama into something like 'Thor,' and you bring the humour and the improvisational attitude from something like 'Your Highness' into 'Black Swan'.