Natalie Portman Thanks Parents For Keeping Her Grounded

'Black Swan' actress Natalie Portman credits her parents with keeping her grounded because they aren't ''so sure about the whole Hollywood thing''. 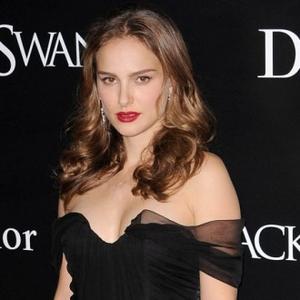 Natalie Portman credits her parents with keeping her grounded.

The 'Black Swan' actress - who recently announced she was both pregnant and engaged to choreographer Benjamin Millepied - first found fame when she was 13 and despite her success in the acting industry, her mother and father insisted she got an education as well.

She said: "My parents are the opposite of stage parents in that they're still not so sure about the whole Hollywood thing. I got a degree in psychology at Harvard and my dad is still saying, 'This being an actress thing is cute, but don't you think it's time to go to grad school?' They are amazing parents who listen to me and respect what I say, and the reason I'm not totally crazy is I know they're at home, happy, loving me and proud of me no matter how badly I fail. If you have that in your life, you feel free to do anything."

As well as her parents and fiance, another important person in Natalie's life is her dog, Whiz.

She told Britain's Hello! magazine: "I have an amazing dog called Whiz, a black and brown Yorkie - lots of shades going on in that coat. He turned four last Halloween. He has this amazing intuition of knowing how people feel and when he's in a room full of people he'll sit next to the one person who's thinking, 'I don't really like dogs,' then he'll roll over and show them his belly. He's like a little moving teddy bear. He's The Sweetest Thing."