Natalie Portman and her fiance Benjamin Millepied have signed Freedom to Marry's I Do letter to President Barack Obama, urging him to consider the marriage rights of gay couples. 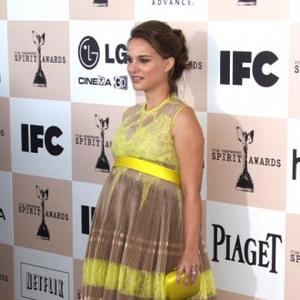 Natalie Portman has signed Freedom to Marry's Say, "I Do" letter to President Barack Obama asking for marriage equality for gay couples.

The Oscar-winning actress and her fiance Benjamin Millepied - with whom she is expecting her first child - believe all US citizens should have the right to wed and have joined more than 100,000 people in supporting the campaign.

Evan Wolfson, president of campaign group Freedom to Marry, said: "Natalie Portman and her fiance, Benjamin Millepied, are in love, and believe all loving couples should be able to share in the freedom to marry without discrimination.

"That is why they are joining the more than 100,000 people on Freedom to Marry's Say, "I Do" Open Letter calling on the president to do the right think and become part of America's majority for marriage."

A large number of celebrities have previously signed the letter - which asks President Obama to "clarify" the situation about gay marriage in the US - including openly lesbian 'Glee' star Jane Lynch, actress Anne Hathaway and Martin Sheen.

Brad Pitt and Angelina Jolie have previously indicated they would not get married until gay couples have the right to do so In America.