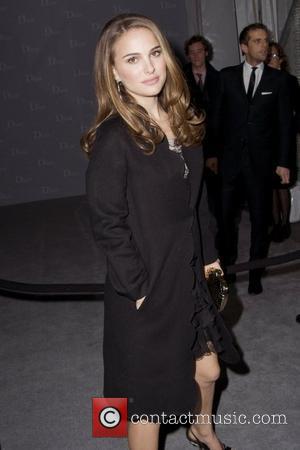 Natalie Portman feared she would be too old to portray a professional dancer in BLACK SWAN, because it took director Darren Aronofsky years to infiltrate the secretive world of ballet.
Portman has received rave reviews for her dark role in the new thriller as a mentally-disturbed ballet star who cracks under the pressure of competing for parts.
But Aronofsky admits he almost lost 29-year-old Portman's interest in the project as it took so long to properly research the realities of ballet.
He tells Moviehole.com, "We talked a bit about it and I started to develop it but it was a really tough film because getting into the ballet world proved to be a bit challenging.
"Most of the time you say 'Hey, I wanna make a movie about your world' and the doors open up and you can do anything you want. The ballet world really wasn't at all interested in us hanging out. So it took a long time to sort of get the information to put it together.
"Over the years Natalie would say 'I'm getting too old to play a dancer, you better hurry up.' And I would just say 'Natalie you look great, you'll do fine.' And then about a year out before the film I finally got a screenplay together."