Natalie Dormer has confessed her sister Samantha - who is currently training to become a midwife - will deliver her baby when she gets pregnant in the future, 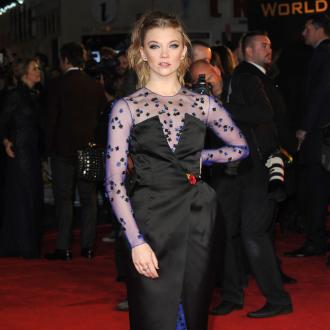 The 'Game of Thrones' actress has confessed that while she is not currently expecting a child, she is looking forward to the day she gives birth because she wants her sister Samantha to welcome her newborn into the world.

She told the New York Post newspaper's Page Six column: ''My sister just began a three-year midwifery course, and the idea of her helping me to deliver a baby at the end of it is a really lovely one.''

The 32-year-old star - who has been dating director Anthony Byrne for seven years - is currently starring alongside Jennifer Lawrence, Josh Hutcherson and Liam Hemsworth in 'The Hunger Games: Mockingjay - Part 1' and has confessed she is in awe of 24-year-old actress.

She said previously: ''Jennifer Lawrence is just the coolest girl. Everyone forgets how young she is because she's so together, such an old soul. She just gets it. She's one savvy chick.''

The blonde beauty also confessed she was ''thrilled'' to have been cast in the third installment in the franchise, which along with 'The Hunger Games' and 'The Hunger Games: Catching Fire' are based on the novels by Suzanne Collins.

She added: ''I went to the world premiere of 'Catching Fire' last year and it was amazing. To be joining 'The Hunger Games' family is such a thrill. It deserves the hype because it's well written, handles really big subject matter, but doesn't talk down to its audience.''