Natalie Dormer Keen To Get Away From Royal Corset Roles 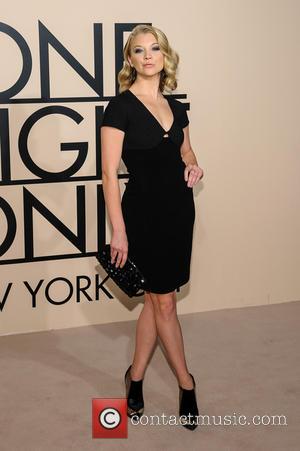 British actress Natalie Dormer is hoping her new role as a filmmaker in The Hunger Games sequel will help to keep her out of a corset after portraying historical queens.

The sexy star portrayed Anne Boleyn in The Tudors and Elizabeth in Madonna's W.E. as well as Victoria in Heath Ledger's period drama Casanova, and now she's keen to play modern and futuristic roles.

She tells Wenn, "I have played royalty, but, like Kate Winslet or Helena Bonham Carter, I very much believe that I can depart from that in the future and challenge those perceptions of me. I think I'm doing that with things like The Counsellor and The Hunger Games, which I'm so chuffed (happy) to be part of."

And Dormer is playing down reports she comes from a long line of aristocrats, insisting online information about her background is false: "It's one of these fabricated Wikipedia facts that is completely false. I don't know my heritage at all; I've never traced it! There was a woman, called Jane Dormer, in the Royal Court who happened to have the same family name as me, but I think that's as far as it goes."