British Actress Natalie Dormer Has Helped Select Rising Talent In The Entertainment Industry As A Member Of The British Academy Of Film And Television Arts (Bafta) Breakthrough Brits Jury. 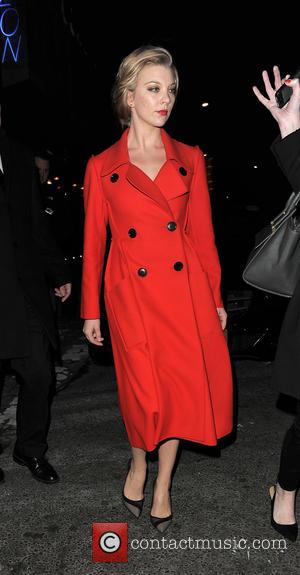 The Game of Thrones star met with other jurors at BAFTA headquarters in London on Tuesday night (06Oct15) to select the newcomers who deserve to be feted at the 2015 Breakthrough Brits ceremony on 10 November (15).

The Breakthrough Brits initiative began in 2013, in partnership with fashion house Burberry, to offer mentoring, networking and guidance opportunities to the stars of tomorrow.

"Every year we're incredibly impressed by the strength and breadth of talent we see coming up through the UK film, television and games industries," Breakthrough Brits Jury Chair John Willis says.

"It's always a joy to view their brilliant work and to help to bring them to wider public attention. The Breakthrough Brits initiative garners fantastic industry support through jury members and mentors, and we're thrilled to share the names of this year's honourees at the reception in November."