Australian Singer/actress Natalie Bassingthwaighte Reformed Her Band Rogue Traders For A One-off Gig Down Under On Wednesday Night (09sep15). 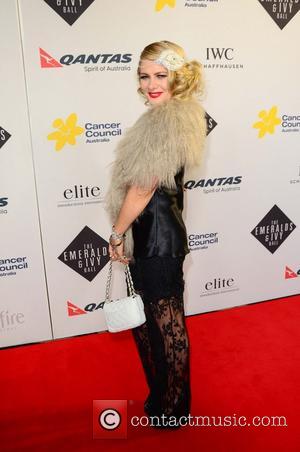 The Voodoo Child hitmakers split in 2010 after nearly a decade together, and the frontwoman went on to marry the band's drummer Cameron MCGlinchey, the father of her two children, a year later (11).

The band came back together for a performance at the Jupiters Hotel and Casino on the Gold Coast this week (beg07Sep15), and Bassingthwaighte has hinted the one-off reunion may lead to a comeback.

She says, "The crowd was wicked and we had a good time... We've had a bit of interest to do some gigs so I think last night was the first of many, which is cool. It was very nostalgic in a beautiful way... I think watch this space, you never know what will happen.

"Performing again brought back a lot of incredible memories... I had a blast. I felt right at home... We're just happy to get back out there, you never know what will happen. Never say never."