By Holly Williams in Music / Festivals on 20 November 2015

It was a landslide for the 'Hasta La Raíz' singer.

This year's Latin Grammy Awards was as colorful as ever, with performances from the likes of Will Smith and Nicky Jam, to political statements against racism and Donald Trump. Plus, Natalia Lafourcade predictably stole the night with no less than FIVE trophies. 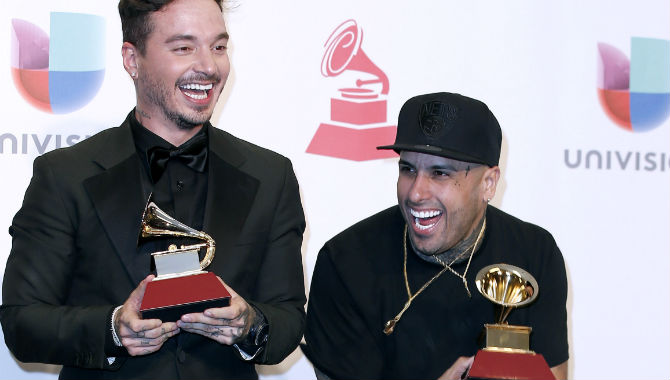 The Mexican popstar looked thrilled as she posed on the red carpet at the MGM Grand Garden Arena in Las Vegas following her explosive win. Not only did she land Record Of The Year for 'Hasta La Raíz' featuring Leonel García, she also managed to grab Song Of The Year and Best Alternative Song, with her album of the same name landing Best Alternative Music Album and Best Engineered Album.