Rapper Nas Is Voicing His Frustrations With Race Relations In America Following The Massacre At A Historical African-american Church In South Carolina Last Week (17jun15) In An Open Letter Posted On Instagram. 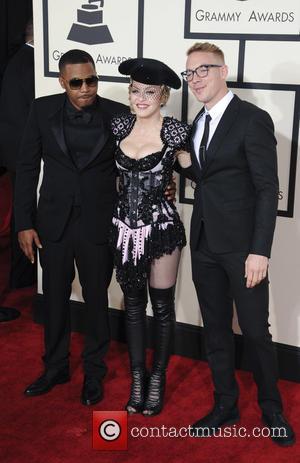 Americans have been appalled by his actions and the discovery of a shocking hate-filled manifesto, which was allegedly written by the 21 year old, and now Nas has joined the celebrities speaking out about the racial sickness in the U.S.

In his new post, the One Mic hitmaker does not mention the shooting directly, but calls for Americans to stop pitting people against each other because of their race.

He writes, "America has spent so much time, money & resources fighting wars abroad and completely fell asleep at the wheel of the war brewing within our cities, neighborhoods & blocks. We are supposed to stand for freedom & equal opportunity. That's supposed to mean MORE than just words but the actions of late just don't speak to what we are supposed to stand for. This is BIGGER than BLACK and WHITE. This is about America selling a false dream.

"We took our eye off the ball and it feels as though things are moving backwards. As a black man, I find it difficult to understand that our biggest export (our American culture) comes from us. The people in the streets... The way the world dresses, talks, what they listen to, what they watch... That all comes from us. How can we be the ones responsible for America's biggest export & fear for our lives like we shouldn't belong here.

"I don't have all the answers nor do I believe anyone does, but we need to have conversations around how to improve as a nation... This is too big of a problem to be solved overnight but there needs to be some questions answered to get things back on the track of righteousness. Amazing people died for this country. We owe it to the past, present & future to come together and move this country in the right direction. This is my home just like it is anyone else's... GOD BLESS EVERY OUNCE OF INNOCENT BLOOD SHED FOR THIS NATION & MY FAMILY."