Revolutionary East Coast rapper, Nas, had to leave a concert early in April 2002, when he discovered that his mother was on the losing side of a three year battle with cancer. 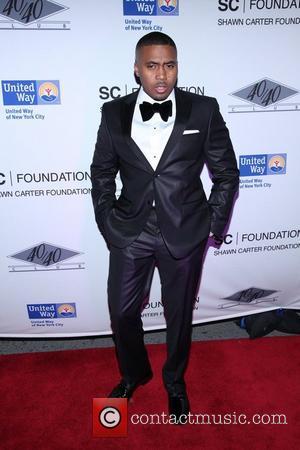 Picture: Nas After party for Jay-Z's performance at Carnegie Hall to benefit The United Way of New York City and The Shawn Carter Foundation - held...

Nas, the rapper behind the landmark hip hop album, 'Illmatic', revealed that a lot of his inspiration was the pain he felt from the loss of his mother after she died of cancer, following a three year battle, in 2002. Nasir Jones, also known by his stage name Nas, had a very strong relationship with his mother, Anne - this being greatly increased by her separation from his father when he was 12-year-old in 1985.

'Behind the Music Vh1' showed a television special on 18th April 2012, featuring an interview with Nas. During his interview, he explained: "My mum was real. She was someone who was there to take care of me and my brother and really be there for us and really be concerned about us." Nas revealed that he was glad to be with his mother before her death in April, 2002.

The rapper described that: "When she first told me she had been diagnosed, man I was floored. I was done. I just saw her as the bravest person I had ever meet (sic) in my life... I was like, 'This is not supposed to be happening... Why is this happening to her? Not this lady, this is the sweetest lady I've ever met in my life.'"

Related: 'Nas: Time Is Illmatic' Marks The 20th Anniversary Of One Of The Greatest Ever Rap Albums [Trailer]

Nas was apparently on-tour when he received the news of her imminent death, and rushed home to be with her. He confessed her final moments, saying: "I seen (sic) the tear come down her eye and I knew she was waiting for me to get there before she left. It was heavy. It took a lot of thinking on my part: 'What happens now?'"

The hit maker fully believes that even in death his mother is still close to him, explaining: "I would look at myself in the mirror... and see her. So I'm like, 'She's still alive, she's right here with me, my brother and her grandkids,' and that gave me a great feeling. This is what happens, this is life - you gotta keep living on." Nas' 2002 album, 'God's Son' was dedicated to his mother, containing a musical tribute to her called 'Dance'.