Nas Being Sued Over Kidnapping Ordeal 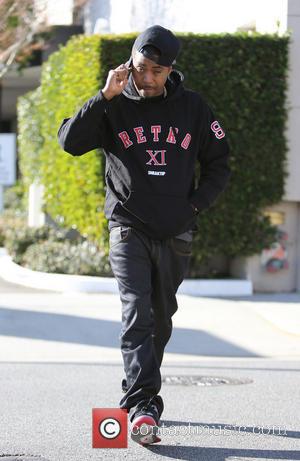 Picture: Nas talking on his mobile phone as he walks along Fifth Avenue in Beverly Hills towards Saks where ex-wife Kelis was shopping with their son,...

Rapper Nas is being sued by a concert promoter, who claims that he was held at gunpoint and held for ransom after the rap icon failed to show for a concert.

According to TMZ, Nasty Nas failed to show up for a New Year's Eve concert in the African nation of Angola, despite already having collected $300,000 for his services. Patrick Allocco, the promoter in question, claims he was held by gunpoint with a ransom placed on his head by Angolan promoters and their 'henchmen' who were demanding their money back. Allocco says that he remained in their custody until February 2012.

Allocco has now filed a federal lawsuit against the rapper, demanding that Nas pay for what happened to him. The case, filed on Friday (Dec 21), claims that the promoter was held captive for a total of 50 days, during which time he was constantly beaten and threatened. Allocco is now demanding $10 million from Nas, claiming he suffered psychologically, physically and financially, whilst he was held for ransom. He also claims that during his absence he was unable to conduct business anymore and, as a result, lost both his home and his company.

So far, Nas has not made any comment on the pending lawsuit.