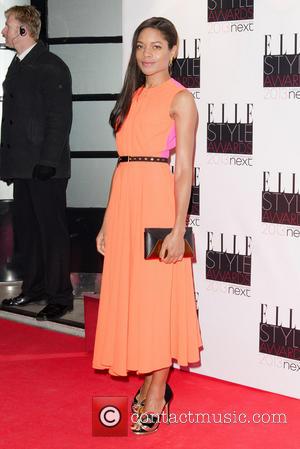 The Olympic and Paralympic games were a tremendous success for the U.K; add Skyfall into the mix – the James Bond film that has broken box office records – and these would appear to be good times for the Brits. This is according to Skyfall star Naomie Harris, anyway.

The actress, who plays Miss Moneypenny in the 23rd Bond film, attributes some of the success of the film to patriotism “It’s part of the very pro-British feeling that happened as a result of the Olympics and Paralympics, and I think that wave of enthusiasm for Britain actually followed over,” she explained. “Also, because it’s the 50th anniversary, and because Skyfall is so based in Britain this time rather than glamorous far-flung parts of the world, it feels even more British and gave people another excuse to wave the British flag and feel proud.” She was talking at the unveiling of a new East Coast train, named Skyfall, which will travel between London King’s Cross and Edinburgh Waverly, replicating the special journey made by Bond and M in the film as the story enters its Scottish crescendo.

Bond will also be recognised this Sunday (Feb 24) as The Oscars ceremony pays special tribute to Bond’s 50th anniversary. This will feature a performance of the Oscar nominated Adele who will sing Skyfall.