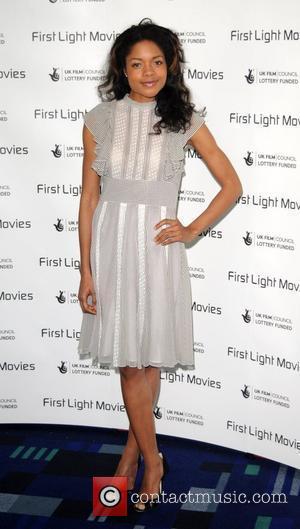 British actress Naomie Harris turned down the chance to get naked for a shower scene with Jamie Foxx in Miami Vice because she didn't feel it required her to strip. Instead the 28 Days Later actress insisted director Michael Mann hired a body double to shoot the steamy shower scene with Oscar-winner Foxx, who didn't have the same nudity concerns. She says, "When I arrived to do the scene, he (Foxx) was amazing at calming me down... He was there, buck-naked, and he had tied his nether regions in a little sack with a bow tied around it. "But you're seeing a body double in the shower scene... I don't think that's part of my job as an actress."