Naomie Harris delighted to star with Daniel Craig in new James Bond movie 'Skyfall' because she thinks he is the best actor to have played the iconic spy. 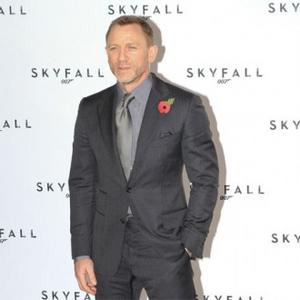 The British actress - who appears in 'Skyfall', the next movie in the hit franchise, as field agent Eve - believes the actor has "reinvented" the role of the iconic British spy.

She said: "There are some great Bonds but I think Daniel totally reinvented Bond and make it his own, which was very impressive and took a lot of guts.

"What I loved about 'Casino Royale' was that for the first time in a Bond film that I was actually moved. That was completely because of Daniel and his performance. I think that's what really got people.

"Although I think Sam [Mendes] does want this one to be a bit lighter."

Naomie is delighted that most of her scenes in 'Skyfall' are alongside Daniel.

She said: "My scenes are largely with Daniel, which is fantastic. You never really know until you start working with someone, but thankfully he's absolutely gorgeous and very open and completely down-to-earth."

The actress is thrilled by her part in the film, but admits she would have signed up regardless of the character.

She told Empire magazine: "I love the Bond movies, so I probably would have done it whatever, but Eve is actually a great role. She's attractive and intelligent and multi-dimensional, she's got a lot going on."