Naomi Watts: Surgery wouldn't give me right to work

Naomi Watts doesn't think she's have the ''right'' to good acting roles if she had cosmetic surgery because she thinks her work requires ''expression''. 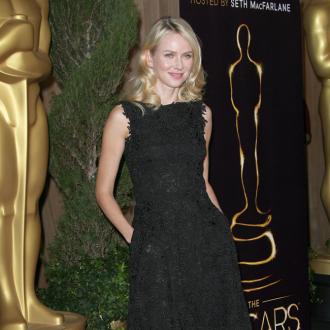 Naomi Watts doesn't think she'd have the ''right'' to good acting roles if she had cosmetic surgery.

The 44-year-old actress hasn't completely ruled out going under the surgeon's knife in the future, but she thinks it is important for her career to retain ''expression'' in her face and worries if she did undergo a procedure, she'd end up looking ''freakish''.

She told Australia's Good Health magazine ''Never say never - and I certainly don't judge anyone who does it. But most of the characters I play are going through some kind of emotional turmoil, so my job requires me to have expression.

''If my face was froze, what right do I have to play that part? All the women who haven't done anything to their faces are still able to play great roles.

''And some of the ones who have done something have messed it up - they look freakish.''

The 'Impossible' actress - who has sons Sasha, five, and Kai, four, with partner Liev Schreiber - admits being a working mother can be a ''struggle'' but she wouldn't change her life for the world.

She said: ''There's so much going on and [I'm] trying to balance being a mum with a career. It's great that I've got both things but there are times when it's a struggle. Sleep is often something I'm deprived of. But I feel so rich inside - I feel blessed to be a mother.

''For me, it's been a way of fulfilling a long-buried childhood dream. I had always wanted to be a mother but when I was desperately searching for work in LA after I moved there from Australia, any thoughts of family were very distant indeed and it seemed that it might never happen for me.''