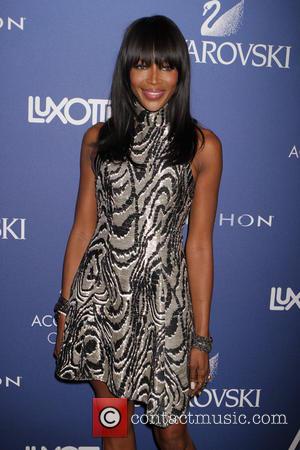 Supermodel Naomi Campbell plans to wear a surgical mask and latex gloves whenever she boards a plane as she is terrified of catching Ebola.

The British beauty recently launched the #CrushEbolaNow campaign, and is organising a runway show during New York Fashion Week in February (15) to raise money and awareness of the deadly virus.

Campbell admits she is taking every precaution to avoid falling victim to the latest outbreak herself, even if it means boarding an aircraft with bleach and bacteria-busting sprays.

She tells Net-a-Porter.com, "The next time I travel, I will have a mask, latex gloves, bleach and sprays. I travel so much you have to do whatever you have to do to make yourself feel safe until we are told otherwise. (Nelson) Mandela always said to me, 'Use yourself to help other people.' I feel that now more strongly than ever before and I try to do that in the best way I can."

The latest Ebola outbreak in West Africa has claimed the lives of more than 5,000 victims.