Naomi Campbell not speaking to Skepta?

Naomi Campbell is friends with all her ex-boyfriend, apart from her most recent one - who is believed to be Skepta. 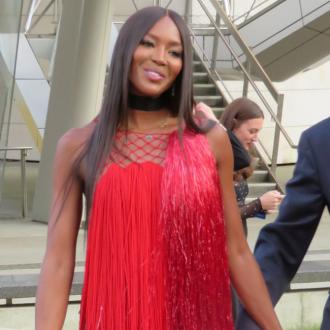 Naomi Campbell has suggested she's no longer on speaking terms with Skepta.

The 50-year-old supermodel was romantically linked with the 37-year-old rapper last year, though they never publicly confirmed their relationship, and while the British beauty is on good terms with all her previous ex-boyfriends, including U2's Adam Clayton, Robert De Niro and Mike Tyson, she admitted she isn't friends with her ''last'' ex.

Discussing who she has dated, she said: ''Why don't you say it the other way round? Surely it was their privilege just as much as mine to be with them? But yes, I had some wild and exciting times until I changed my life aged 29.

''Whatever they say about me, I have remained friends with all my exes . . . except the last one.''

Asked if she means Skepta, she simply said: ''A lady never discusses the details of her private life.''

Naomi thinks it is a ''waste'' to lose people from her life after her relationships end.

She told Times Weekend magazine: ''I do know that friendship is the thing that lasts. I saw Robert De Niro just before lockdown and I've talked to Mike [Tyson) on the phone. It's such a waste to lose people.''

These days, Naomi's female friendships are the most important thing to her.

She said: ''You get to the point where the best thing and most nurturing experience is a deep conversation with a woman's woman.

''I'm telling you, for laughs and wisdom, an evening with Sharon Stone is the best night out there is.''

Meanwhile, Naomi celebrated her 50th birthday by drinking barley water in her garden with a friend during the coronavirus pandemic and was grateful to have such a ''simple'' way of marking the milestone.

She said: ''It was very simple and peaceful. Seriously, I'm not high-maintenance. In fact, when I felt the grass under my feet in the garden I started crying because, after lockdown, feeling the natural world again made me so emotional.''