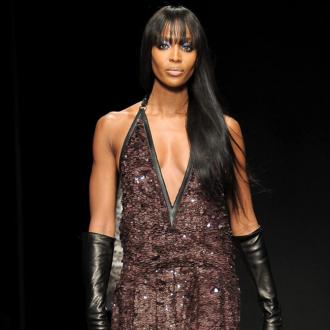 Naomi Campbell thinks she will always be known for her fiery temper.

The 42-year-old British supermodel - who suffered a torn ligament in her leg after she was violently attacked and robbed outside the home of designer Azzedine Alaia in the fourth Arrondissement in Paris in November - says she hasn't been able to shake her reputation as a drama queen after she threw a phone at her former assistant in 2007.

She told Elle magazine: ''I'm never gonna get away from it. It's part of my history. I was remorseful and regretful. I've served. I did that time. And I never want to be in that position again.''

The statuesque beauty is hoping to revamp her image by appearing as a mentor on the upcoming reality modelling show 'The Face' and ahs revealed she takes her role on the series very seriously.

She said: ''I care for my girls. Every single one of them. I'm not here to put anyone down.

''I've always been very shy of doing television,'' she said. ''I've always said no. Not to be disrespectful to anyone-I didn't want to say yes and then let people down.''

Naomi also dismissed her reportedly rivalry with fellow supermodel and 'America's Next Top Model' star Tyra Banks, insisting she has a huge amount of respect for her.

She said: ''I don't watch the other reality model shows. I'll never have anything to say. If you ask me about Tyra Banks, I'm proud of her as a woman of colour. She's given girls opportunity, and God bless her.''