Model Naomi Campbell has been given a six months suspended prison sentence for an attack on a photographer. 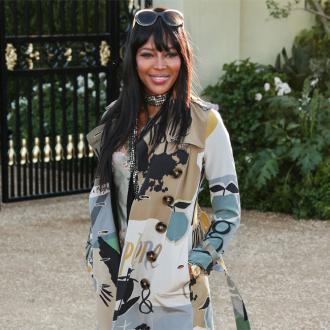 Naomi Campbell has received a six months suspended prison sentence for an attack on a paparazzo.

The 45-year-old model was found guilty by a Sicilian court of scratching the eye of Gaetano Di Giovanni, who took pictures of her and her former boyfriend, Russian billionaire Vladimir Doronin, in August 2009, the Daily Telegraph reports.

E! News adds that Naomi intends to appeal with her lawyer Guido Carlo Alleva saying in a statement: ''We are appealing the ruling surrounding the 2009 incident. Due to the ongoing legal process, we cannot discuss the matter further at this time.''

Naomi is reported to have hit the photographer with her bag, scratching his eye in the incident.

Although she reached an agreement with the snapper and he withdrew the charges, the Telegraph cites Italian news agency Ansa as saying that the prosecutor, Francesco Massara, ordered the trial to go ahead.

He said it was in the public interest because of the serious nature of the charges.