Naomi Campbell Has Shut Down Reports Suggesting She Clashed With Fellow British Supermodel Cara Delevingne During A Paris Fashion Week Party On Sunday (08mar15), Insisting The Rumours Are "Completely Untrue". 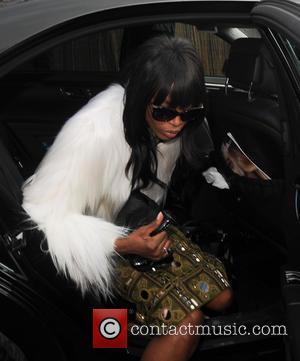 The veteran runway beauty was said to have clashed with Delevingne at the Castel nightclub in Paris, France after confronting the 22 year old about rude comments she had allegedly made about mutual friend Rihanna.

However, Campbell has since taken to Twitter.com to dismiss the claims.

She writes, "Don't know where this story has come from about @Caradelevingne and I fighting! It is completely untrue, ignore the rumours".

Her representative tells the DailyMail.co.uk, "No fight took place between Naomi Campbell and Cara Delevingne at Paris club Castel."