Naomi Campbell was left in tears over her ''grey'' face on her 1988 Vogue magazine cover, as the make up artist didn't have any foundation to use on her. 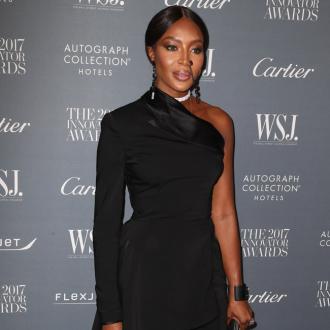 Naomi Campbell was left in tears over her ''grey'' face on her 1988 Vogue magazine cover.

The supermodel was so excited to pose for the June 1988 issue of Italian Vogue but she was left devastated when the make up artist said he ''didn't know she was black'' and had no foundation to use on her.

Speaking on BBC Radio 4's Woman's Hour, she said: ''The make up artist said, 'Oh, we didn't know you were black.' He said he didn't have the foundation for me. He had to mix some colours that he had of foundations to make up his own colour, and that consisted of a lot of grey. When that cover came out, I just cried. I wanted so much to be on the cover of this publication ... it was Italian Vogue actually. But I didn't want to be grey.''

Meanwhile, Naomi previously admitted she missed out on magazine covers because of her skin colour.

The 50-year-old star said: ''It makes me f***ing furious. Last year I was refused entry to a hotel in the south of France because of my skin colour. It's rude. It's wrong. And there are still certain countries where I don't appear on the cover of magazines for that same reason.''

Naomi also praised Anna Wintour, the editor-in-chief of the US edition of Vogue magazine, for ''fighting the powers-that-be'' to get her on the cover.

She added: ''Actually I think Anna Wintour has been very brave recently. She has admitted the fashion industry is too wasteful. And she also told me she had to fight with the powers-that-be to get me on the cover of US Vogue first time round, for which I am grateful.''