British Supermodel Naomi Campbell Has Been Handed A Six-month Suspended Prison Sentence In Sicily, Italy After She Was Convicted Of A 2009 Assault On A Paparazzo. 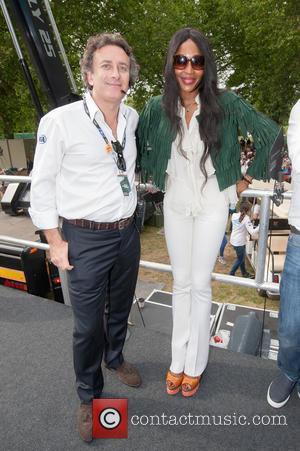 The runway beauty was on vacation on the Sicilian island of Lipari in August, 2009, with her then-boyfriend, Russian billionaire Vladimir Doronin, when she reportedly became angered by the presence of photographer Gaetano Di Giovanni, who snapped away at the couple as the pair walked through the local town.

Campbell allegedly lost her temper and swung her purse at Di Giovanni, scratching his eye and leaving him in need of medical treatment.

The model's attorney managed to reach a settlement with the snapper, who agreed to drop the charges against Campbell, but prosecutor Francesco Massara decided to press ahead with the case, insisting it was in the public interest to pursue the counts.

The case was heard in court on Friday (31Jul15), when Campbell was found guilty and handed the suspended sentence.

Her attorney, Guido Carlo Alleva, has vowed to challenge the conviction.

A statement issued to Eonline.com reads: "We are appealing the ruling surrounding the 2009 incident. Due to the ongoing legal process, we cannot discuss the matter further at this time."

Campbell, 45, is known for her fiery temper - in 2007, she admitted to hurling her Blackberry cellphone at her housekeeper. She served a five-day community service sentence in New York City, paid a fine and completed an anger management course.

She was accused of a similar attack on her assistant in Canada in 2000, but settled the case by paying an undisclosed sum and agreeing to seek treatment for her anger issues.

Naomi Campbell hits back at criticism over Qatar fashion show

Naomi Campbell has signed to a new modelling agency