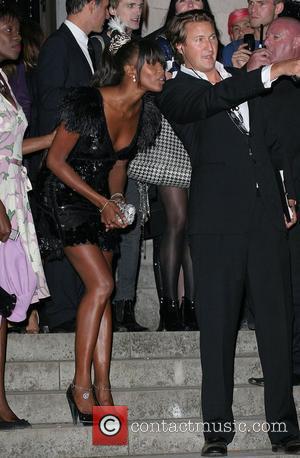 Reports claim that supermodel Naomi Campbell has been arrested at Heathrow's Terminal 5.

Sky News claims that Campbell was arrested for assaulting a police officer.

A London Metropolitan police spokesman confirmed that a woman had been arrested at the new terminal for an assault on police, but did not confirm the woman's identity or age.

Reports claim the 37-year-old model was handcuffed onboard an aircraft at the London airport before being led off by police.

A Heathrow spokesman said: "I can confirm that a passenger on board a British Airways flight was removed by police."

It is alleged that the famous model was acting in an aggressive and abusive manner towards airline staff.