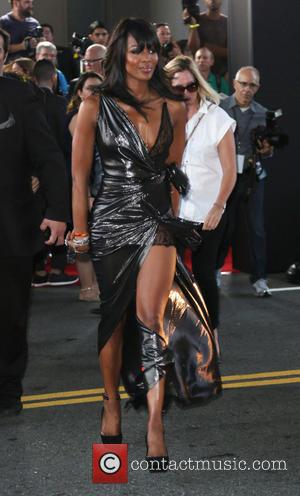 The British fashion superstar has returned to acting after a six-year break with two roles in major TV series this year (15), starring in hip-hop drama Empire and an episode in the latest series of the TV horror franchise.

In the latter show, Naomi played Claudia, a strong-willed fashion editor, and she apparently has her fellow Brit, U.S. Vogue editor Anna Wintour, to thank for getting her the role after putting in a good word with American Horror Story: Hotel's creator Ryan Murphy.

"She (Anna Wintour) sat next to Ryan at a dinner party, so really I should really thank her", Naomi tells British newspaper The Independent.

The model-turned-actress is delighted she landed the role, saying, "I loved playing her, she knows just what she wants - I created this back story that she checks into the hotel because none of her staff will go there and she wants to find out what's going on."

Wintour also had a role in bolstering Naomi's career as a supermodel - she chose her as the first black model to appear on the cover of the magazine's September issue, its most important of the year, in 1989.