Despite Leather Dress, Cheryl Cole "Eats Herself To Death" At Zuma

Cheryl Cole assumed it was a good idea to wear a tight fitting leather dress to her pal Kimberly Walsh's birthday party in London last night (November 21, 2012), despite intending to eat until she couldn't eat no more. Cole, 29, opted for the nude coloured dress from The Row, though told fans she had well and truly scoffed her face at the upmarket eatery Zuma.

Continue reading: Despite Leather Dress, Cheryl Cole "Eats Herself To Death" At Zuma

Girls Aloud Are Back, Orange You Glad?

Donning matching bright orange dresses, the five girls of Girls Aloud took to the stage at the BBC's Children In Need show last night (16th Nov. 2012), marking their first performance of their reunion.

The band that was first created on Pop Idol back in 2002, performed their newest single, aptly titled 'Something New', and performed a dance routine that was a bit of a watered down version of the video. Nadine Coyle, having been asked how it felt to be back on stage, said "That was nerve-wracking! Was that a mistake I made there? Was I supposed to walk forward? All those nervous things!" according to the Mirror. Kimberly Walsh added that "[They]'ve all fallen back into our roles it's as if nothing ever changed. It really does just feel so good to be here."

Nadine, Kimberly, Sarah Harding, Cheryl Cole and Nicola Roberts have all been pursuing solo careers since going on hiatus in 2009, but have chosen to reform to mark 10 years in the making. Past hits include 'Sound of the Underground', 'Love Machine' and 'Something Kinda Oooh'. Their new single is out on Sunday (18th Nov. 2012) and the album, titled Ten will be released next week, on November 26th.

Girls Aloud fans across the country have been delighted by the revelation that Girls Aloud will be reuniting for a tenth anniversary album and tour. The album will be aptly titled 'Ten' which will be released on November 26th 2012, and will be followed by a 12 date tour in 2013.

It was exactly ten years ago today (19th Oct 2012) that the multi-platinum selling girl band first appeared on the original reality talent TV show Popstars: The Rivals, which pitted a girlband against a boyband in the race to Christmas number 1. Girls Aloud won, marking the first of many successes.

The greatest hits album will include four new songs, including the new Children in Need song 'Something New', plus there'll be the possibility to get a deluxe edition with extra features as well. Reported by the BBC Cheryl Cole said "We're really excited. It feels like nothing has changed."

Continue reading: Girls Aloud Return To The Studio And Stage For Reunion Album And Tour

By Holly Williams in Lifestyle / Showbiz on 19 October 2012

Girls Aloud are set to reunite for a tour next year following the upcoming release of their comeback/10 year anniversary album 'Ten'.

The girl band have been on a three year long hiatus since 2009, with their last performance taking place on September 18th 2009 at Wembley Stadium where they were supporting Coldplay on their tour. Since then, Cheryl Cole, Nicola Roberts and Nadine Coyle all set out on solo careers with the former being significantly the most successful with two consecutive number one albums and one close behind at number two. The band are set to release their greatest hits album, 'Ten', in celebration of 10 years since they were first put together on TV talent show 'Popstars: The Rivals', going on to top the charts with their first single 'Sound of the Underground'. The album will include their brand new single 'Something New' which is due on November 18th following their first performance of the song on the BBC's 'Children in Need' program on the 16th. Cole, Roberts and Coyle have all expressed excitement at the comeback. 'We're really excited. It feels like nothing has changed', Cole told BBC News, while Roberts thought 'It was meant to be' and Coyle described the reunion as 'like a comfort blanket'.

Their 12 date tour will commence in Newcastle on February 21st after 'Ten's release on November 26th.

Girls Aloud have finally unveiled their reunion plans. The girl group, famous for hits such as ‘Sound of the Underground’ and ‘Something Kinda Oooh’ will be releasing a greatest hits album on November 26 and will be following up the album release with a world tour in 2013. Cheryl Cole, who went on to have the most successful solo career, of the five girls (as well as a stint as an X Factor judge) said, at a press conference “We're really excited. It feels like nothing has changed,” BBC reports.

The news arrived in a timely fashion; the announcement was made ten years to the day that the girls first appeared on the ITV talent show Popstars: The Rivals. Cheryl Cole, Nadine Coyle, Sarah Harding, Nicola Roberts and Kimberly Walsh were selected to form a girl group and were then pitted against a boy band, One True Voice, in a talent contest. Their debut single, Sound of the `Underground, became a number one hit in the UK – the first of 20 consecutive top 10 singles between 2002 and 2009. One True Voice, on the other hand, split up after just two single releases. “It’s worked out really nicely that it’s our tenth anniversary year” said Nicola Roberts.

Girls Aloud will be releasing a new single ‘Something New,’ on November 18, 2012. Fans who pre-order the album this weekend will be given a chance to buy concert tickets for next year’s tour before they go on public sale.

By Lorna Greville  in Lifestyle / Showbiz on 16 October 2012

After a three year hiatus, Girls Aloud, the most successful reality-tv music act of all time (according the Guinness World Records), are to reunite and hopefully continue their successes. True to form of almost every contemporary music act, their new single 'Something New' has been leaked online, although it has already been removed from the website upon which it originally appeared.

Girls Aloud relaunched their website last week with a ten day countdown on the site, which inspired and reinforced the rumours about their reunion. The official announcement of their come back was supposed to be this Friday, but it seems the leak of the video is enough evidence to confirm to all that they have definitely reunited. But for how long? NME report that Cheryl Cole hinted in her autobiography that this reunion will be brief. The book apparently suggests a greatest hits album and a 10th anniversary tour. She wrote: “We'll be working on a tour and greatest hits album. Then I think that's it for Girls Aloud. We've achieved more than any of us ever dared to dream of.”

Heat Magazine tried to describe the single by saying that it's a mix of David Guetta, Nicki Minaj, and some bits that “sound a lot like the "neeeeeoooooww" bits in Lady Gaga's Bad Romance.” We are somewhat unconvinced...

Despite rumours of infighting, Cheryl Cole’s continuing success and Kimberly Walsh’s stage ambitions, Girls Aloud are confirmed to be returning with new material and a nationwide tour. Now, it has emerged that Cheryl’s forthcoming appearance on Strictly Come Dancing will be anything but a solo performance.

According to insiders, the pop superstar will be joined by band-mates Sarah Harding, Nicola Roberts, Nadine Coyle and current Strictly contestant Kimberly Walsh. “It's an amazing slap in the face for Simon Cowell and proves that Cheryl really wants Strictly to beat her old show,” an insider privy to the deal told the Daily Star. Though the media appear set on reporting a Cole versus X Factor feud (Cowell famously sacked her from the U.S version of the show), it didn’t stop the Geordie singer from signing up as Gary Barlow’s sidekick for the ITV show. Nevertheless, it seems the girl-group have decided on the BBC as the stage for their return and it’s likely they will sing live on the show in November (when Cole was initially pencilled in to perform her single Screw You). Kimberly may well still be in contention for the Strictly crown by then; currently she’s the second favourite with the bookies at 10-3. British athlete Louis Smith remains the favourite at 9-4.

Kimberley, Nicola and Cheryl were photographed together at the Whisky Mist nightclub in London on Sunday evening (Oct 7, 2012), following the latter’s solo show at the O2 arena. 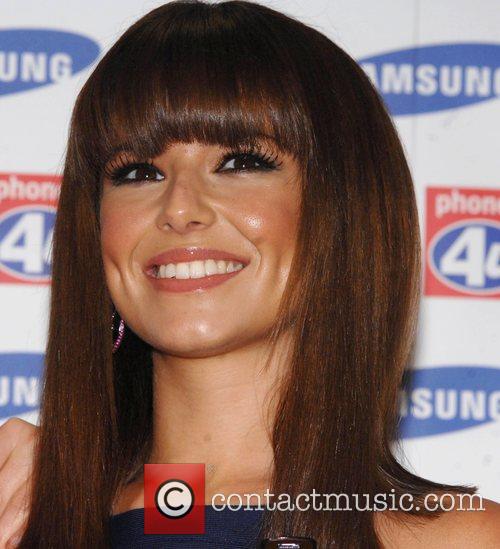