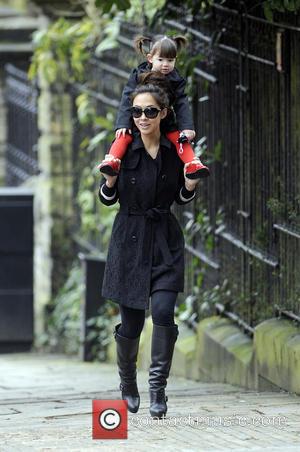 British singer Myleene Klass has reassured concerned fans she's fine after she was involved in a car accident on Wednesday (20Mar13).

The singer-turned-Tv presenter's luxury Mercedes-Benz G-Wagon was clipped by another vehicle while she and her two children were stuck in traffic in London.

The former Hear'Say star was photographed exchanging insurance details with the driver of the other car, and later took to Twitter.com to reassure followers, who had reached out to her about the accident.

She wrote, "Thanks for checking on me twitter. Girls and I are fine. The guy hit my stationary vehicle. Thank God for women drivers."