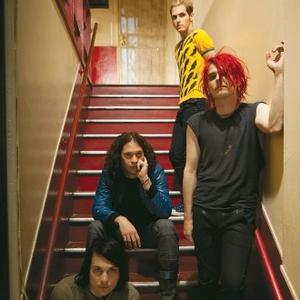 The US rockers were the biggest winners, taking home Best International Band and `Best Video' for their track 'Na Na Na' at the British Magazine's annual ceremony.

My Chemical Romance â who opened the show with a rendition of 'Na Na Na' - were greeted by fans who had camped out overnight in the hope of meeting them.

After accepting their two trophies, frontman Gerard Way said: "When the fans vote on something it's amazing. Their dedication is just incredible.

"A night like this you really want to try and meet them, we met a bunch before we got in the building which made us happy. We actually went to the red carpet early to do that."

Scottish act Biffy Clyro flew in from the US, where they are presently touring, to collect Best Live Act.

Drummer Ben Johnston said: "Live is really such a big part of what we do. To be in a category with Muse and Arcade Fire - who are, in my opinion two of the best live bands in the world â and to come out on top over them is just f***ing mindblowing. We are dumbfounded."

Performances on the night included PJ Harvey, who won the Teenage Cancer Trust Outstanding Contribution To Music prize, and Foo Fighters, who closed the show and who saw lead singer, Dave Grohl, given the annual Godlike Genius accolade.

Dave said: "My bandmates love it, they've been ribbing me ever since I found I was getting this.

"They've given me so much s**t about this award that I wish it was called something else, like 'Oldest Guy At The Award Ceremony' award."