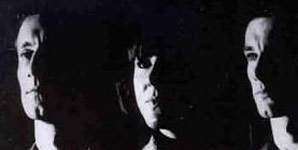 A confession: every review pile brings a reissue of some sort, and usually I don't expect much from them. This one, however, is a rare gem. With Young Marble Giants not being a household name (not in our house, at least), it's good to see a couple of informative of paragraphs on the inner sleeve. They tell me that Young Marble Giants, a trio from Cardiff, released just the one album, in 1980. And this is it, with a second CD mopping up various EP tracks.I have to say, this is astonishing stuff. 'Minimalist' doesn't quite do it justice. Fifteen songs, none of which is more than three and half minutes long. There is next to no percussion on this album (and what there is seems to be home-made and electronic), and it is a work of superlative discipline, precision and - above all - restraint. There's no histrionics, no pyrotechnics, just the music and the most unaffected female vocal I've heard in a long time. That's not to suggest it's bland - hell, no. Not a single note is wasted. I thought some of the bass playing on 'Wurlitzer Jukebox' sounded like a sequencer until I remembered that in 1980 only six people in the world could afford state-of-the-art sequencers, and two of them were in Kraftwerk. In fact, a lot of the bass playing is superb in a sort of white indie-funk kind of way, yet totally unaffected. With so little percussion, the bass is often the driving force, keeping the beat and fleshing out the guitar and vocal parts. And sparse? In the first song, 'Searching For Mr Right', the guitar barely plays a note until halfway through - the rest of the time it just clicks, It's touches like this that give some of the songs an oddly claustrophobic feel. At other times, you feel as if you're being let into a secret. I can't ever imagine playing this record with someone else in the room: you'd have to ignore either the record or the other person, and that doesn't seem fair to either.

Some of these songs are so simple, so sparse that I found myself imagining the bits that were missing. It might sound crackers to say that in some of them silence is the fourth instrument, but its oddly true. Some of the more obviously 'pop' songs, such as 'Brand-New-Life' (which is as straight-ahead a pop tune as you're ever likely to hear), sound like they were made by people who've read about what pop music is but have only actually heard it via next door's stereo filtering through the wall. But the more I immerse myself in this record, the more it makes perfect sense.And I'm willing to bet that this record had more of an influence than people perhaps give it credit for. 'N.I.T.A.' is pure proto-Stereolab. Some of the guitar parts are exactly like what Billy Bragg was playing a few years later. Other names that spring to mind are Felt, Depeche Mode, Client, The Sundays, Altered Images and Sons And Daughters. And Woog Riots. Definitely Woog Riots. I bet they've all heard this record. And so should you, if you've any interest in the musical nooks and crannies of times gone by. If you think music started with Oasis and The Stone Roses, though, you'd best give it a miss, lads. The rest of you: treat yourselves.