Review of Still Lost Album by We R The Lost

'Still Lost' is the title of new album by We R The Lost, who hail from Milwaukee, Wisconsin.  Basically, We R The Lost is the creation of Jon Briggz, who decided he needed some creative expression in his life, so he gathered together his 'crew' of friends, infamous for their profligate partying, and informed them they were now a hip hop group. Briggz supplies most of the lead vocals on the album.  And it's a decent voice, especially when he turns it loose. 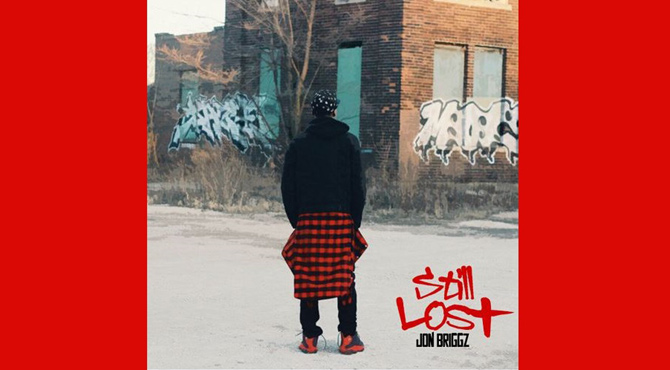 Underground hip hop describes We R The Lost's musical character; however, it's important to remember that the term underground hip hop is more descriptive of the artists performing the music than the style of music.

'Still Lost' has ten tracks, the first being 'I'm Spotted', probably best categorized as jazz/rap because of its beat and energy.  The lyrics are contagious, but the song is short, just over one minute.  'New Black' broadcasts a traditional rap sensibility, although it's not 'gangsta rap'.  The song is mediocre at best.  Still, the chorus, which carries a sweet harmony, stands out.  'Gold' is a short a cappella composition that sounds more appropriate for a Poetry Slam.

Popcorn rap makes an appearance on 'Say the Word (feat. T.Harris)'. Popcorn rap eschews a bass line, along with any discernible beat.  Essentially, popcorn rap is a sink of uncertainty and error, in any musical sense.  Perhaps We R The Lost is experimenting or making a statement, but the result is amateurish, incapable of salvation.  The only cogency in the song is the falsetto background vocals.

'Still Got Love' is a unique hip hop tune.  A background chorus sings lyrics from a Three Dog Night song, while accompanying a robust melody.  'Influence Feat. Slim Ali' is carried by Briggz's strong, clear voice, which actually has more range than presumed.  And a compelling chorus adds breadth.  The flaw is the 'talkie' segment, which needs to go.

The best song on the album is 'Lost Feat. Sir Castro'.  A swollen, catchy beat and a solid, well-arranged melody bolster the tune.  An additional highlight is the chorus, which oozes harmony.  Sadly, the weakest offering on the album is the last song, 'You Made It', a congratulatory piece that, ultimately, destroys itself with a brazen marketing message.

As a group, We R The Lost has potential:  strong harmony and memorable lyrics.  Be that as it may, 'Still Lost' lacks melodic continuity and suffers from weedy, fragile beat lines.  Hip hop, for the most part, finds its lifeblood in dynamic rhythm, a factor that is fugitive on 'Still Lost'.