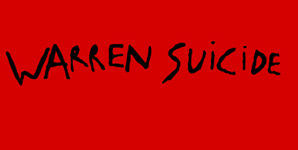 A peculiar and creative trio from Berlin have come up with a blockbuster of a single. Their band is named after an imaginary and rather disturbing character who features on the CD artwork, courtesy of drawings by band member Cherie (whose other duties are VJ and viruses!). As soon as the bleepy dance loop that opens the track begins, it's clear there's something interesting going on here. Suddenly, a nice, suitably dirty kick drum darkens the mood. At this point it's still not clear where we're going until, deliciously, some fuzzy and distorted guitars arrive and we move into a punky, rock 'n' roll frenzy. Its hooky cheerleader-chant of a chorus means it could have real commercial success, despite its quirky, innovative nature. Bridging the gap between dance and rock with meaty melodies and a banging vibe. Yum. Can I have some more?