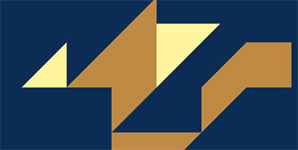 Veto are a Danish Indie, Rock, Electronic band, who you will be surprised to know have been around since 2004. They have released 'I Will Not Listen' EP and 'There's A Beat In All Machines' Album but 'Crushing Digits' is this Scandinavian's first release on England's pleasant land. So yes this is the first time that we get to hear from this outfit who must feel that they are ready to step things up a gear.

It is always difficult when bands mix different genre's together, you just get the sense that something has got to give and that maybe the band just haven't decided which path they want to take. It's like a footballer who is known as a utility player, he is only known as that because his manager can't figure out where to play him, in short Jack of all trades and master of none!

The album kicks off with a good opener in the shape of 'Blackout' the only problem is that the electronic side to this propels you back to the Eighties and you feel that this is where this belongs. 'Built To Fail' has a bit more life and exuberance about it, and yet at the same time it is filled with dark heart felt lyrics. With something like this you feel that maybe Veto are onto something, but then the next two tunes 'Shake' and 'You Say Yes, I Say Yes' seem to be the total opposite. These tracks just pass you by and could lead you to ejecting the CD and putting it down to a bad experience.

Now luckily we do carry on through the rest of the album and that leads us onto 'Digits' which actually bizarrely has the potential to be a quality dance tune. If they could get someone like The Chemical Bothers to do a remix then this would be massive. 'Unite' however goes into a different direction, rather than dance this is a kick ass Rock track, but there does seem to be something missing from it. The album leaves you chilled out and relaxed in the shape of 'Duck, Hush And Be Still' the closing chapter to the album.

Veto have certainly given people food for thought on trying something different out, by not sticking to one genre and being a bit more free and relaxed. There is no doubt that these guys have gone for it and gambled because they could of quite easily just kept there music just for there home country. Not Veto they now want the world to hear.