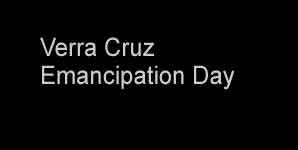 It may seem slightly strange that an English band have recorded an album that seeps American mainstream rock from its every pore, but Verra Cruz have done it.

The band is mainly cut from the same cloth of nu-grungers like Puddle of Mudd and Inme, but, luckily enough, they're not that bad. "Soul Collides" is a decent effort, despite sounding like an emo Bon Jovi, while the anti-war song "Strange Food" belies a lyrical sophistication beyond the ken of most of their ilk. The problem is, promising moments like this are few and far between.

"Leave Me Alone" is a lumbering grunge-by-numbers offering, and most of the tracks don't escape from the "I'm angry because I'm miserable because my girlfriend's left me" paradigm of grunge lyrics, the rather dull "Hell Hound" being a prime example.

"Lead Me" sees something of a change of pace, a soft-rock ballad that reeks of tokenism, and ensures the collection ends with a damp squib rather than an explosion.

Despite these quibbles, the playing is technically impressive, the guitars thrashing alongside the fluid rhythm section with precision, which suggests that Verra Cruz have the potential to be a decent band if they could find their own sound instead of relying so heavily on influences. But as for Emancipation Day, it's far from perfect, but if it's nu-grunge you're after, then it's the lesser of many evils.