- Songs For The Young At Heart Album Review

Review of Songs For The Young At Heart Album by

Various Artists,
Songs For The Young At Heart
Album Review 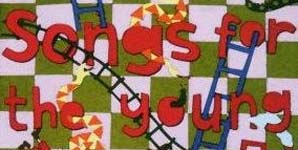 If deep down inside, you're yearning to be that innocent child again and escape from everything, but find it deplorable to drift into your local record shop and ask for The Magic Roundabout Soundtrack, then 'Songs for the Young at Heart' was probably written for you.

How you feel about this record inevitably depends on your generation; I'm too young to remember many of these songs, but immediately, this collection of nostalgic music and short stories wins its battle against the overwhelmingly corny, pointless and also rather unnerving principle of listening to 'Uncle Sigmund's Clockwork Storybook'. It's not wrong - Jarvis Cocker is reading me the story. I'm alright. More importantly though, excuses needn't be made, as all the tunes are kept simple. Written especially by Stuart Staples, the record's creator, the intro music is second to none. The album was inspired by childhood, but particularly a loss of childhood, which gives these songs a mournful and distant tilt. 'Robinson Crusoe' (from the 1965 TV series) is a particular highlight for this reason, as is 'Puff, The Magic Dragon'.

It's a good listen for the fact that the songs are re-created with the sincerity with which they were originally recorded, not dipped in the indulgent excess you'd expect from two people harking back to old radio shows, and this is what draws you unashamedly in; it's way more enjoyable than a collection of the best childhood songs.