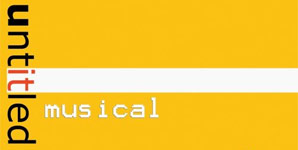 For most bands, fifteen minutes is normally the time it takes one member to get out of be - usually the singer when egotitis takes over. However, where Birmingham trio Untitled Musical Project are concerned, a quarter of an hour is all it takes to fit the entire contents of your debut album into. OK, so pedants will say this self-titled rantathon is only a "mini-album" but what the hell?

With an immediacy that recalls the likes of Snuff, the Beastie Boys, 7 Seconds and yes, Mclusky (as if you didn't know already), 'Untitled Musical Project' is a spittle-stained, rip-roaring thrash through eight songs whose titles mean absolutely nothing in the context of each piece of music, yet still say so much more than a million 6 minute stadium rockers could ever do.

Did I mention the song titles? No, well when you've got such lovingly inspired couplets like 'Lowest Prices In Europe! Guaranteed!' or 'I May Not Be Jimi Hendrix But At Least I'm Still Alive' to contend with, and lyrics that go on about the weather being "shit" or the combined merits of Jeremy Beadle and Right Said Fred, you know you're in for something that's going to be both mischievously humorous and spitefully vitriolic in equal measures.

'Endless Deodorant And Bad Shoes' even sounds like 'Gravity's Rainbow' by Klaxons if they'd discovered the Camden Lurch (ask your older brother) rather than glo-sticks and pretty much sums up the Untitled Musical Project ethos down to a tee.

For a city that was once known as Bore-mingham, England's epicentre has sure managed to unleash a dangerously impatient beast on our unsuspecting ears; Untitled Musical Project then, putting the U.M.P. back in the country's second city.