Review of Mind Control Album by Uncle Acid & The Deadbeats

Uncle Acid & The Deadbeats waste no time with introductions. Their third full-length, and second on the Rise Above label, kicks off with a spiralling jet-black riff firmly in the Black Sabbath lineage, but taken to the grounds of Sleep, ISIS & their ilk, which are usually the best grounds to take such a riff to. 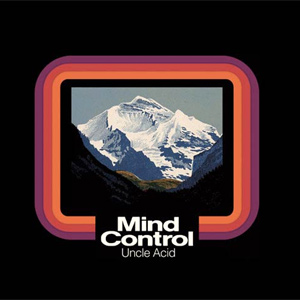 At over seven minutes long, opener 'Mt Abraxas' is the album's longest track, and although it doesn't feel like it when it first hits, it actually serves as somewhat of an ease into it. The following couplet of 'Mind Crawler' and 'Poison Apple' up the ante in terms of volume and velocity, with classic stoner-rock tropes that will please fans of Queens Of The Stone Age and their precedent Kyuss as much as those of the aforementioned.

For nine tracks over fifty minutes barely relent, with 'Follow The Leader' being the only real respite. Here the shadowy quarter sidestep into the territories of seventies British psychedelia, but shy away from adopting the pagan pageantry typical of this period and maintain a genuinely unsettling air. It isn't a particularly strong song on its own, but it is a welcome breath of fresh air at a point preceded by thirty minutes of crushing riffs and succeeded by another fifteen.

What Uncle Acid & The Deadbeats do on 'Mind Control' has been done countless times over several decades, but here it is done without the usual trappings of pretension and without the modern-day approach of cleaning the dark heart of the genre with studio wizardry. Here it is done how it should be.