Review of The Garifuna Women's Project Album by Umalali 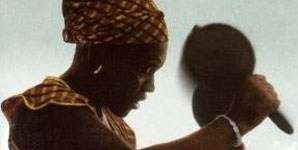 Bearing the Stories of Their People in Songs of Joy, Sorrow, Strength and Beauty

Umalali: The Garifuna Women's Project presents the hidden voices of Garifuna women to the world

Here is a record that is beyond "the norm". Often as a serious music listener I crave something more real than what is on offer. I crave music that hasn't been squeezed through the marketing machine to optimize it for maximum sales. Umalali is exactly that! I urge you to buy this record as you won't find anything else out there that is quite like it.

Umalali: The Garifuna Women's Project, released by Cumbancha on April 7th 2008, is a groundbreaking album inviting the listener behind closed doors into a fascinating musical world that has remained largely unexposed until now. The project was produced by Ivan Duran, the mastermind behind Andy Palacio & The Garifuna Collective's album Wátina, one of the most critically acclaimed albums of any genre in 2007. Descendents of shipwrecked African slaves who intermarried with the Carib and Arawak Indians of the Caribbean, the Garifuna people live primarily in small towns and villages on the Caribbean coast of Belize, Guatemala, Honduras and Nicaragua. Umalali: The Garifuna Women's Project expands on the story of this fascinating community, which is struggling to retain its language, music and traditions in the face of globalization. Blending the rich vocal textures of Garifuna women with echoes of rock, blues, funk, African, Latin and Caribbean music, Umalali is an entrancing journey into the heart and soul of women whose strength, hard work and perseverance provide the bedrock of their community.

The Umalali project began in 1997, when Ivan Duran began traveling to Garifuna villages in search of exceptional female voices. The founder of the Belize-based label Stonetree Records, Duran had noticed that while men were usually in the spotlight, it was the women that were the true caretakers of Garifuna traditions, and were often responsible for new compositions that dealt with issues of day-to-day life. "With women, music is more part of their daily lives," explains Duran. "They are the bearers of most of the traditions, they are the ones who stay at home with the children while the men are either out to sea all day on their fishing boats or working abroad to earn money to send home to the family."

Duran began by recording women in natural settings: kitchens, living rooms, on the beach or in the Garifuna temples, often putting on tape voices that had never been recorded before. But while Ivan recognized the importance of documenting these songs, his intention was always to create something more. He had in mind a musical journey, one that blended Garifuna traditions with contemporary flavors to capture the soul and spirit of Garifuna women in a way that would translate to the wider world.

During these early years of the project, Duran discovered a number of exceptional talents, women with striking voices and engaging personalities, whose songs echoed with the joys and sorrows they had experienced during their lives. Sofia Blanco, a 54-year old mother of four from Livingston, Guatemala, lends her heart wrenching voice to the album's mesmerizing opening track, "Nibari" (My Grandchild). Desere Arana, a young singer in her late 20s is blessed with a powerful voice that can echo over pounding drums and chants for hours on end. Desere sings at almost every dügü in southern Belize, a traditional healing ceremony to honor an ancestor and ask them for assistance in curing the illness of a living family member. Marcela "Chela" Torres, a Honduran Garifuna living in Belize, brings driving intensity to the blues-tinged "Anaha Ya" (Here I Am), which tells of a woman who reads in the newspaper of rumors that she is selling her own daughter into prostitution.

In 2002, after five years of research and preparation, Duran set up a recording studio in a small, grass-roofed hut resting on stilts just steps from the Caribbean Sea in the village of Hopkins, Belize, where he spent months recording the extraordinary songs and voices he had discovered. For the next five years, Duran took the raw voices and percussion and recorded layers of instruments, tightened the structures of the compositions and added subtle effects and elements of ambiance to capture the context in which the music is often heard.

During 2008, a rotating selection of women who participated in the Umalali recording will be invited to tour as special guests with the Garifuna Collective on their international concerts around the world. Meanwhile back in Belize, members of the Collective will be working to create an Umalali performing ensemble that will bring the full expression of the recording project to stages across the world in 2009.