Review of Colours EP by Turtle

Possibly the greatest thrill of writing about music is the joy of discovery: if you hear something underwhelming for the first time, your thoughts are already turning towards how to filter mood, but when the opposite applies, the feeling never wavers from near euphoric. 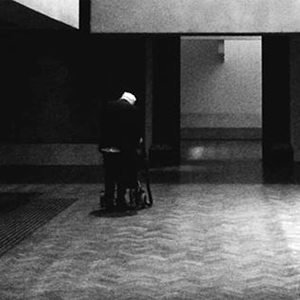 And you know what, it's happened again with 'Colours'. We've been hitting the repeat button on this, Glaswegian multi-instrumentalist Jon Cooper's second EP, almost constantly since it came through the Contact Music letter box, savouring each note and refusing to do the tea run until it's finished. Then putting it on again. The follow-up to his much loved début 'Who Knows', lazy comparisons have been made to fellow Jon Hopkins, but to ethereally drone isn't Cooper's way. Instead, the listener gets a quintet of songs which each hold in them small beauty, with the sepulchral keys of Lavender giving its delicate loops both grace and effortless finesse. Operating under a number of pseudonyms for over a decade and writing material since he was 12, in places the straight lines between this and the works of Brian Eno and Daniel Lanois are easy to see, especially on the stealthy pads and shimmering, near magical guitar trails of closer 'Us'. Cooper at times expertly boxes you in: the world around rushes on, but it's possible via his deeply hypnotic pulses to slip away temporarily from its clutches.

Where there are words, they're carefully chosen. Opener 'The Floor' has them, a few snatches anyway, before rolling on a highly elliptical path between light and darkness, oscillating into something at sublime right angles to any dance floor we've been on in years. Cooper has spoken in the past of being heavily influenced by cinematic composition, a fondness for travelogues most obvious via the almost motorik beats of the title theme, its guitar grain and pounding tempo extending the field towards the modern prog of bands like The Porcupine Tree. For completeness, 'Silent Weapons' is 'Colours'' fifth chapter, a same-but-different cloud of atmosphere which takes understatement to a new level before suddenly cutting off, as if having reached a dead-end crescendo.

Constant surprises, constant disappointments: this is the world of music in all of its crazy, unpredictable finery. 'Colours' is the bold statement of a man happy to have settled into a place of comfort and fulfilment. Quiet could be the new loud; rarely has it deafened us with its brilliance more than this.