This Will Destroy You - Another Language Album Review

By Lauren Mullineaux on 23 September 2014

Review of Another Language Album by This Will Destroy You

This Will Destroy You are a band that have fully realised the vision of their name. What Ben Parker failed to tell us is that with blistering success also comes blistering pressure and, as one of the most popular and well-known post-rock bands out there, This Will Destroy You almost destroyed themselves. Though they have a good few albums under their belt, they found moderate success much more immediate than did their fellow scene leaders Mogwai and it threatened to break them with 2011's 'Tunnel Vision' being the dark result of that. Now they're through the blackest of times, we have the result in 'Another Language', their most corporeal album to date. 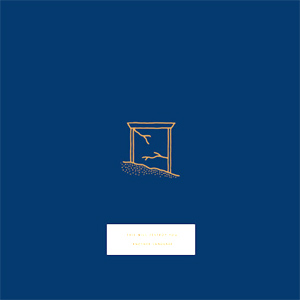 This Will Destroy You are stuck in a chasm somewhere not quite being the band you jump to when you think of post-rock and not quite maintaining the indie credentials of their brethren Caspian, and while they're still perhaps at their best layering noisy guitars over noisy loops of droning feedback, 'Another Language' draws them even further from this path. The slow burning sentient synths and heartbeat pounding drums that peter back and forth through moments of 'War Prayer' are classical in their execution. 'Another Language' is a record more akin to the silent musings of Sigur Ros than anything they've done before. 'New Topia' opens the album in very much this vein as it slowly and quietly builds upon the fleeting, the guitars are slight and the electronics woozy before everything is pulled into sharp focus and the sleep beaten out of it with the constant musical rumbling of a doomed road-trip.

Tracks flow freely into one another indistinguishable as piano medleys fold one hazy number into the peaks and valleys of what will come next. Meanwhile, the tracks themselves take on multiple lives often stopping in the middle to change course and echo each other. 'Dustism' is reincarnated from aching guitars to a frisky new age electro beat after a clever hesitation that carries with it so much weight. 'Mother Opiate' is a masterclass in restraint with sensual, almost jazzy undertones of brushed drums masking the clipped sparkling piano and notes of earthly turmoil. Silence plays a much bigger part here than in their previous work and it's always refreshing to see silence not just present on a record, but a part of it in a way that lets you revel in the emptiness and discover more about the sound that surrounds you. 'Serpent Mound' does this beautifully in its opening minutes of drone like bleeps. 'Invitation' is as big and bold as anything off their staggering debut and it's during these full on moments that This Will Destroy You are at their best; they let go of themselves, it's emancipated music with no strings, no boundaries, it's an attack. It doesn't need to be built up to, it's ferociously present, the frantic guitars layered over hammering drums and airy synths looped around like a bow strangling a gift.

Ending on 'God's Teeth', with a warbling electronic noise and swirls of uplifting guitar that distort into a washed out radio feedback silence, it signals the breaking point of a new dawn, like the sun rising on a just discovered civilisation. Though This Will Destroy You may often have a brutal sound and a name that signals as much, this is a very human record with the ebb and flow of earthly emotions that force the listener into recalling or imagining moments of great importance; beauty, love, death and, perhaps most of all, life.