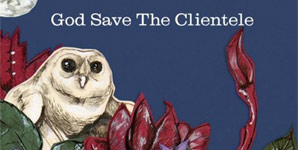 The Clientele's third album largely adheres to the blueprint that previous release "Strange Geometry" was noted for; maudlin yet earnest vocals whose subtle melodies are set against a leisurely tempo and reverb-laden guitars. Actually, most instruments on the record appear to have been produced with a liberal smattering of reverb, helping to create an expansive and rich sound that helps to accommodate front man Alasdair Macleans more low-key vocals.

Among the reverb-soaked guitars and breathy melodies there lies a strong traditional English pop-heritage; tracks such as "I Hope I Know You" and "These Days Nothing But Sunshine" bittersweet melodies and jangling guitars are obvious descendents of a Byrds and Beatles marriage but carry themselves with their own unshakable charm. The introduction of a violin and other orchestration at various intervals throughout the album helps add some welcome variety , and tracks such as "From Brighton beach to Santa Monica" sound all the more chirpier, and, well, chipper for it. The production is classy throughout, especially on the more introspective and slower numbers such as "Dreams of Leaving" where a delicate composite of lilting croon, plucked guitar and darting strings make a beautiful and touching finale. On these occasions The Clientele's sophisticated knowledge of song nuance and melody really come to the fore, and help to fire the listeners imagination.

All too often though The Clientele opt to stay on the path marked "twee and nice" and choose not to stray. "God Save The Clientele" is a record based around soft and delicate melodies that will affect the listener, but on occasions this is an omelette that has been over-egged; the overly-fragile and sweet nature of the record can sometimes become wet and cloying. At times the lack of variation in tempo can also start to grate, especially around the middle of the record where songs such as "No Dreams Last Night" seem to lack any direction or intent at all.

By all accounts The Clientele seem to be a band that have experienced more success in the American market rather than the U.K, and after repeat listens to this record you can maybe fathom why; the rather pure and earnest nature of their sound would maybe appeal overseas as a quintessential "Brit" sounding record, but in Britain they may (inadvertently) come across as somewhat of a twee sixties-throwback novelty band.

Lets not detract from God Save the Clientele though; this is still a record that at it's delicate and dreamy best is a pleasure to listen to. Not likely to garner a horde of new fans, but existing ones are unlikely to be disappointed.