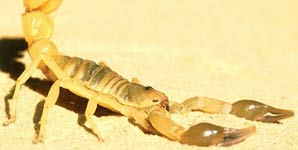 Niches may get small, but there are surely few smaller than Staten Island Afro-Soul - instrumental music that wears its Afro-Caribbean roots heavily alongside its Stax soul influences, played by an 11 piece band. This is funk of the highest order - imagine The Go Team! but one that digs deeper, way deeper into the groove - the overall effect of which is to conjure up sweaty Latin dance in Northern soul clubs, blaxplotation movies and hardcore video games.

The instrumentation consists of drums, bass, guitar, electric organ, two trumpets, baritone saxophone (did Morphine ever go away?), and a percussion section employing bongos, congas, tambourine, guiro, clave, shekere and cowbell. The seductive soul is more swaying than hard-edged - more Cuban than James Brown - although it never feels less than improper in its intent. Recorded live at Daptone's House of Soul in Bushwick (home of White Rabbits), this is the glorious sound of hot summer streets and is the most soulful thing you'll hear all year.