Review of Angels & Devils Album by The Bug

The Bug, Kevin Martin, may only just be releasing his fourth album under that name in seventeen  years but he has hardly been slacking in the intervening period. His Bug output may be sporadic at best and somewhat testing for those who crave more rather more frequently, but in truth the musician, writer and producer is a prolific artist with various projects to his name and this is just one of them. 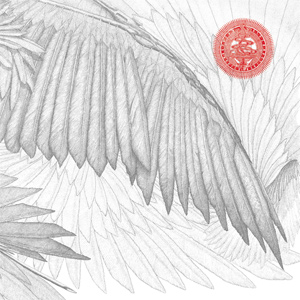 Following on from the hugely influential and critically acclaimed third Bug album 'London Zoo', Martin has decided to further develop some of his more dystopian themes through the split personality of 'Angels & Devils'. The contrast of light and dark is explored through the album's two distinct halves drawing on semi industrial, grime and trip-hop laden influences to paint his vivid and gritty soundscapes. Having upped sticks from London and made his new base in Berlin like so many game changing artists before him, Martin has had a new point of reference to help generate his plethora of ideas.

'Void' kicks off the light side with the subterranean soundscape being vocalised by Groupers Liz Harris. The deep bass score and dub styled vocals tie together wonderfully to deliver a depth charged opener. Immediately you realise the light in this divided set is only going to be meagrely illuminated, there are not exactly any moments of levity or any degree of popiness in any of the Angelic tunes. Copeland collaborates for the tripped out vibe of 'Fall' with its fantastic bass line and interesting musical accesorisation, the Jews Harp sound oddly gives the arrangement almost an Aboriginal feel.

The Bug's most immediate, catchy and commercial track on Angels & Demons is delivered up with the help of his touring partner Miss Red. 'Mi Lost' is a superb mix of stylised reggae infused vocals and brilliantly worked, expertly produced sound track. Shutting out the light are the instrumental 'Pandi' an atmospheric underground composition with a nod to Bowie's instrumentals on Low, and then the slightly less claustrophobic 'Save Me' featuring Gonjasufi.

The first of three tracks to feature Flowdan, 'The One', drags us kicking and screaming into the murky underworld of the dark Devils. The Hip-Hop heavy beats and high velocity rap change the dynamic of the album completely before 'Function', featuring Manga of Roll Deep, truly and utterly distinguishes any light that may have remained. With some distant similarity to Dizzy, devoid of the humour but just as articulate, Manga delivers up a leftfield corker as he goes straight for the jugular on this instantly charismatic scorcher.

With the Devils in full flow, 'Death Grips' chips in on the more challenging 'F**k A B***h' before Flowdan returns on the spoken word fright fest of 'Fat Mac' and then latterly on the dense, dark close out track 'Dirty'. Neatly slotted between the two The Bug and Warrior Queen mix it up good and proper on the less than complimentary 'F**k You'.

'Angels & Devils' by The Bug is a forward leaning, uncompromising slice of musical exploration that pushes boundaries and introduces some great ideas. The collaborations are well worked, the production inventive, detailed and dextrous and the tracks are all at the very least individual and thought provoking. The contrast of Light & Dark works as an explanation but it does mean that it is an album split into two distinct halves and as such loses a little cohesion because of that. Nonetheless, 'Angels & Demons' is one of the more interesting releases of 2014 and well worth a few more listens yet.