Review of Liminal Album by The Acid

In certain circles, it's become almost as much about the space that occurs within your music, the dark matter that lurks in between the notes, as it is in the beats, words, harmonies and tone which helps to define an artist and their work. This is familiar territory, of course, to the likes of The xx and James Blake, of whom the silence still manages occasionally to deafen. By contrast though, The Acid rose almost without a trace during the early part of last year, their self-titled debut EP preceding 'Liminal' (Definition: occupying a position at, or on both sides of, a boundary or threshold) by three months. 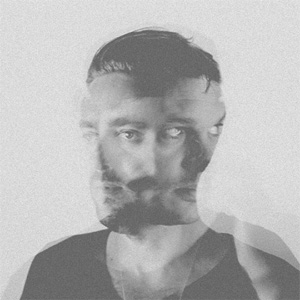 With little public face for people to relate to, a certain amount of cache followed the project around in its early stages, until they were revealed as a trio consisting of veteran British DJ and producer Adam Freeland, L.A. based Sonic Professor (or something) Steve Nalepa and Ry Cuming, a.k.a. RY X, an Australian singer/songwriter. Between them, the mood they created was one that revolved around understatement, Cuming's vocals playing off more often than not against programming so minimal it often felt stubbornly incomplete.

None of this is meant to imply that the threesome are lazy, but opener 'Animal' begins with what sounds like some strangled surf rock guitar being played from a darkened room, with the singer's cracked, slightly atonal voice dodging the occasional sub-bass wobble to deliver something awkward and yet striking; like a chick having just kicked free the last part of its shell. This less is not so much more than more would be, but it's all you're going to get as it continues through successor tracks such as 'Veda', or the aptly titled retro cut ups of 'Creeper'. In many ways though, despite the skeletal arrangements feeling appropriately tense, much of the early punches here are pulled in the half-light; we remain in smouldering mode without ever really threatening to burn anyone.

Change emerges gradually, unsure of itself at first, firstly via 'Ghost', on which the ante is not as such raised but slightly elevated; its sinuous bass line and screaming white noise feeling, by comparison, almost symphonic compared to what's preceded it. This process of growth is almost tangible, like hair and fingernails and the lipstick traces of ragged DNA, a chemical soup that gives 'Red' the appearance of being more fully formed, its heartbeat less faint, although the mood is still tentative, often fragile. By this point, Cuming is prepared to sing beyond a growl, to the extent that 'Clean' is well beyond the trio's embryonic nothingness, the sort of trippy expanses that Jon Hopkins has etched into contemporary music without us realising we'd even wanted it. Over the course of the  eleven songs, it's clear in fact that this isn't a straightforward travelogue, but what linear elements of it there are, these futuristic ley lines, culminate on 'Feed'; a track slinking around dressed as lounge music whilst peeking out from underneath a tide mark of obtuseness.

Nothing. It's better than something, most of the time. On 'Liminal', The Acid have managed to re-train the listener into thinking that the emptiness in their music is actually notes, that its precision blasts are rhythms waiting to take off. It's a brew that takes a while to resonate, but once this record is inside your head, you may have to hypnotise yourself to excise it. Deep and dark, there are ways here, but the journey is very much your own.