Thao - We Brave Bee Stings And All Album Review

Review of We Brave Bee Stings And All Album by Thao 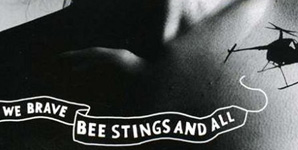 If you fell for Feist after hearing a few iPod Nano adverts (and Yael Naim from the Macbook Air advert), head out immediately and get yourself this disc before anyone else beats you to it. We Brave Bee Stings And All is better than The Reminder all ways up. The voices are almost identical, but We Brave Bee Stings carries a level of invention, oh-so-sexy sassiness, and sheer unadulterated great music throughout. It isn't a disc that draws you in on a couple of songs and leaves you stranded on the rest. Thao Nguyen's second album is a delight, even if it ticks very few conventional boxes - the lyrics are Ricky Lee Jones wacky at times (just listen to Bag of Hammers) - but listen to Swimming Pools or Geography and you'll either be hooked or you'll head off looking for the safe blandness of a Kate Walsh. Nguyen is of Vietnamese descent, from Washington, DC, and there are references to her father's departure at an early age, but none of that is overt on anything other than a very deep listed - the songs have a restless energy and enthusiasm that is refreshing. This is pop music for people who are smarter than a 10 year old.