Review of All This Time Album by Terror Bird

There are plenty of reasons why people choose to home record; mostly it's now just through economic necessity, but in some cases an artist's musical undertow is better served by the isolation, the DIY basics and a more primitive, unpolished set of production values. 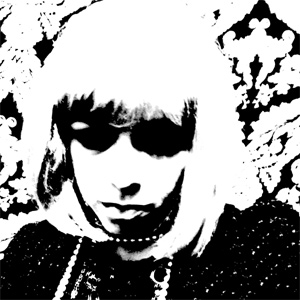 In the latter camp is Nikki Nevver, a Canadian who, after two previous outings as Terror Bird that were created in a more traditional sense - live drums, a studio setting - opted this time for the no frills thrills of a true solo venture. Over a painstaking five month process and accompanied by major personal upheavals in the background, the gestation of All This Time was something of a roller-coaster ride, the journal of a person whose feelings are raw and unfiltered by time or hindsight.

As you might imagine, this isn't exactly a recipe for joy, although the first notes of opener The Wrong Way seem at one point ready to springboard into a cover version of Michael Jackson's Beat It. Whilst this proves to be a false dawn, the song's status as All This Time's stand out number is readily apparent; Nevver's atonal voice cataloguing a relationship in twilight whilst the key strings by contrast add a sense of battered romance. It's that slightly monochrome delivery that may give the listener a problem though; with song titles like Try To Break Me, Locket and Don't Believe In You, there's clearly some issues to be worked out, but it's hard to gauge the real depth of feeling from a voice that rarely conveys much more than cool restraint.

That said, we here at Contact Towers are as voyeuristic as the next Joe so there's still the odd vicarious thrill to be had for the curious or, as more rightly described, plain nosey. Imagine our delight then when we heard the crackling drama of Elliott; a rare venture into warmer climes on which the piano sounds almost totally washed out but still carries enough life to offer a way out. We were slightly more wary of Lust & Violence - perhaps surprisingly not a Depeche Mode cover - but whilst the lyrics confirm that it's still pretty much a variation on a by now well-established theme ("Lust & Violence, they go together, better than ever"), the eighties goth disco synths scream lace and too much eyeliner (In a good way). At times, hard work but not without a doomed sense of fascination, our advice would still be that now she's finished the lonely process of making All This Time, perhaps it's time for Nikki Nevver to start getting out more again.